In order to provide you with the best insights and tips for smart speakers, we spent the last month using both Google Home and Amazon Echo devices in our home. Our goal was to see how each handled requests, which offered better answers or assistance, where were the weaknesses, and what were the issues of using both Google Assistant and Amazon Alexa?

Here’s what we discovered.

I became confused as to who I was talking to

If you have multiple kids, you can probably relate to calling out one name, only to have to correct yourself.

I lost track of the number of times I would say “Hey Goog…I mean, Alexa!” and vice versa

This is what happens when you use both Google Assistant and Amazon Alexa in your smart home. I lost track of the number of times I would say “Hey Goog…I mean, Alexa!” and vice versa. Until such time as both allow you to set up a custom activation command–I’m hoping to use “JARVIS” one day–be prepared for a little chaos as you try to recall which one you have in which room.

They are both walled gardens

I am a big fan of both Google and Amazon. Unfortunately, they are not fans of each other. I already prepaid for a year of Amazon Music, but you can’t use that on Google Home devices. I have Ring cameras and Amazon Cloud Cam, but neither can be watched from the Google Home Hub. While you can (barely) watch YouTube videos on an Echo Show, good luck streaming it to Chromecast.

They won’t talk to each other either

Two features that I often use with Amazon Echos are both the Intercom and the Announcement. Being able to ask “Alexa, announce it’s time to put on PJs and hit the recliners” and hear it announced on every Echo in the house, is fun. The intercom feature is also handy if you need to reach a family member upstairs–better than shouting.

None of that can be accomplished if you have Amazon Echos in some rooms but Google Homes in others. Google has something similar, but neither will talk to each other.

Lastly, playing music on a group of smart speakers allows you to enjoy the same song as you walk around your home–great for a party or just when doing chores around the house. Again, neither will simulcast music with the other.

Alexa was noticeably faster at interacting with smart devices. Turning on a light switch or power outlet seemed just a second or two faster.

Google Assistant seemed to provide faster, more succinct answers to questions. For example, ask Alexa for the outside temperature and you’ll hear, “Right now it’s 50F, tonight expect a low of 33F.” Whereas Google Assistant will go straight to the answer “50F.”

Google also taps into a much deeper knowledge index to answer questions, although Alexa is catching up.

I don’t know if Alexa is catching up because she listens to the answers Google Assistant provides, but they do sometimes eavesdrop. If you have follow-up mode activated on your smart speaker, be careful if you repeat a question from one device to another.

For example, if I ask Google Assistant a question and she doesn’t know the answer, I may immediately ask Alexa the same question. While Alexa starts her answer, the follow-up mode of Google will chime in along the lines of, “I’m not Alexa,  but this is what I found on Wikipedia….” etc, etc.

Both get the job done, so just pick one platform

What does this mean for the smart home enthusiast?

Certainly, pick up the cheapest smart speaker for the platform not already embedded in your home, but do so in order to test which one you like the best. Once you have made the decision, stick with just the one smart speaker platform.

Whatever you do, do not outfit your smart home with BOTH a Google Assistant and Amazon Alexa smart assistant.

Stick with just the one smart speaker platform.

Just keep in mind all of the issues we listed above and brace yourself for so much confusion you might just go back to asking your spouse for help instead. 😉 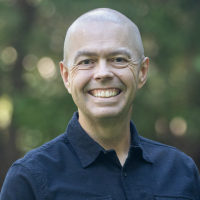 Video comparison of Google Home Hub vs Amazon Echo Show – We ask both the same questions!